Visit my Youtube Channel to explore and learn mor about the Su-X project!

What began in 2013 as an experimental project soon developed into an opportunity to push the limits of what is currently possible in model aviation.

The Su-X is outwardly based on the Su-47, but at its core it is a completely new development. Proportions, airfoils and many other technical parameters were specifically modified for use as a high-performance EDF jet. Details such as landing gear, fuselage structure, vectoring nozzles, leading-edge flaps and much more were specifically developed and adapted.

It starts with the takeoff distance, which could be reduced to a few meters. And that even on very uneven terrain, far from an asphalt runway.
It continues with the climb performance to reach the starting altitude e.g. for an aerobatic program. With a thrust-to-weight ratio >1, it can go vertical into the sky immediately after takeoff.
Now begins the real thing the Su-X is built for: opening up whole new flying possibilities.
The Su-X combines gyro-stabilized, indifferent to unstable dynamic stability, with extreme lightweight construction, powerful propulsion, variable airfoil profiling and low-drag aerodynamics.
Together, this enables precise adjustment of the aircraft to both the flight situation at hand and the pilot's sensibilities.  Digital fine adjustment also makes it very easy to switch handling between "trainerlike and extreme aerobatics".
The enormous maneuverability is made possible by highly effective aerodynamic rudders as well as 3D thrust vector control.
The Su-X makes it possible to fly breathtaking maneuvers with incredible controllability. For the pilot, this means no unintended stalling or breakaway, but a safe feeling and fun to fly.
Due to the full extension of the leading edge flaps, landing approaches can be very steep and the landing speed is low for a jet. Even in the event of a landing gear malfunction or an immediate emergency landing, the Su-X can safely touch down on its stable landing skids on the fuselage floor.
A total of five prototypes were built to test and continuously optimize the design. The focus was as much on suitability for everyday use as on handling. The Su-X project was exhibited at the Jetpower event 2019 in Donauwörth.

The Su-X project is divided into two versions:

More data about the model Su-XR:

The size of the model allows for all-day flight operation with a reasonable amount of loading equipment.
The Su-XR is currently powered by a 11S (6+5S in series) 5000mAh 40C Lipo. For recharging, a 4-slot charger with 300W charging power each is used. This in turn is fed by two 12V 75Ah lead batteries connected in series.
With this, approx. 10-12 starts á 4,5min aerobatics are possible.  Two 11S Lipos are sufficient to fly without long waiting times for recharging.

Sales details of the Su-XR:

Currently, the SU-X is in the development for 3D-Printing on my YouTube channel, I'll keep you updated about all insights and the release date. 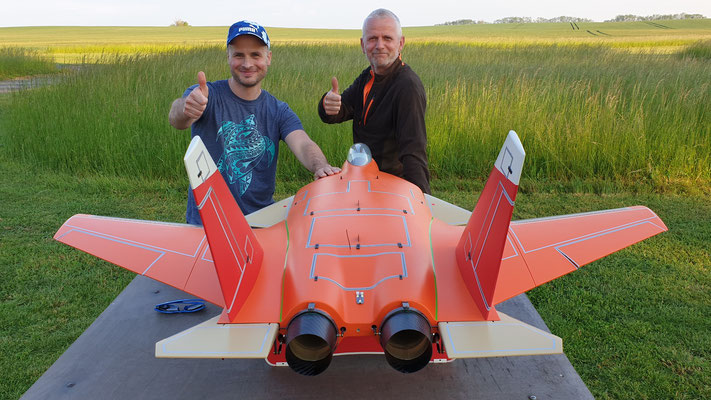 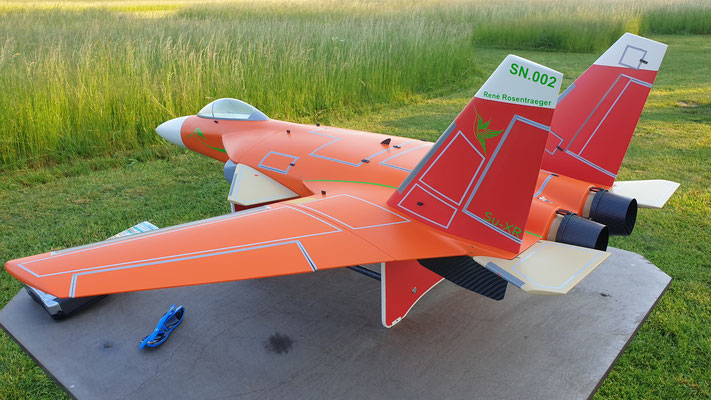 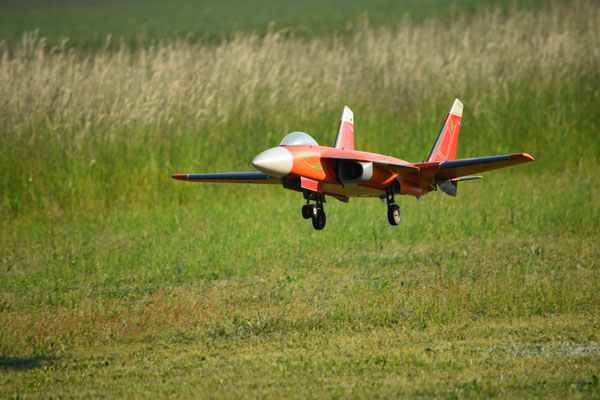